Sergio Vazquez is an illustrator, muralist, designer born in the hyper tropical Island of Puerto Rico; he’s part of the living Santurce community. Sergio studied graphic design at the Escuela de Artes Plásticas in old San Juan, but later he “started traveling between parallel universes, where my real training began, far away from here on a planet untouched by time and space.”

When he is not illustrating, designing, doing a murals or making a new comic Sergio will be traveling around the world or you can find him in a little ramen shop or pizza place near you!

My last two projects, the album cover and tour poster for Bad Bunny and a concert poster for Yo-Yo Ma. Two really contrasting artists with different styles but in a way the same drive to create outside their platforms something I’m trying to do myself.

At the moment I’m creating a new solo show about the place I grew up, “el barrio” in a rural area of Puerto Rico called Toa Alta and the transition to the city. A collection of memories. Simultaneously, I’m working on making some artist products, illustrations, and murals for various clients.

How’d you get started as an artist?

I think like many other artists I remember drawing since I was a little kid, but I started taking art more seriously when I was 18. I started printing my own T-Shirts with two of my best friends and then I got involved with the underground music scene from P.R. and started doing some art for flyers and t-shirts for bands. One led me to the other and I started looking for bigger places to make my art public so I started doing murals and concentrated more on illustration. 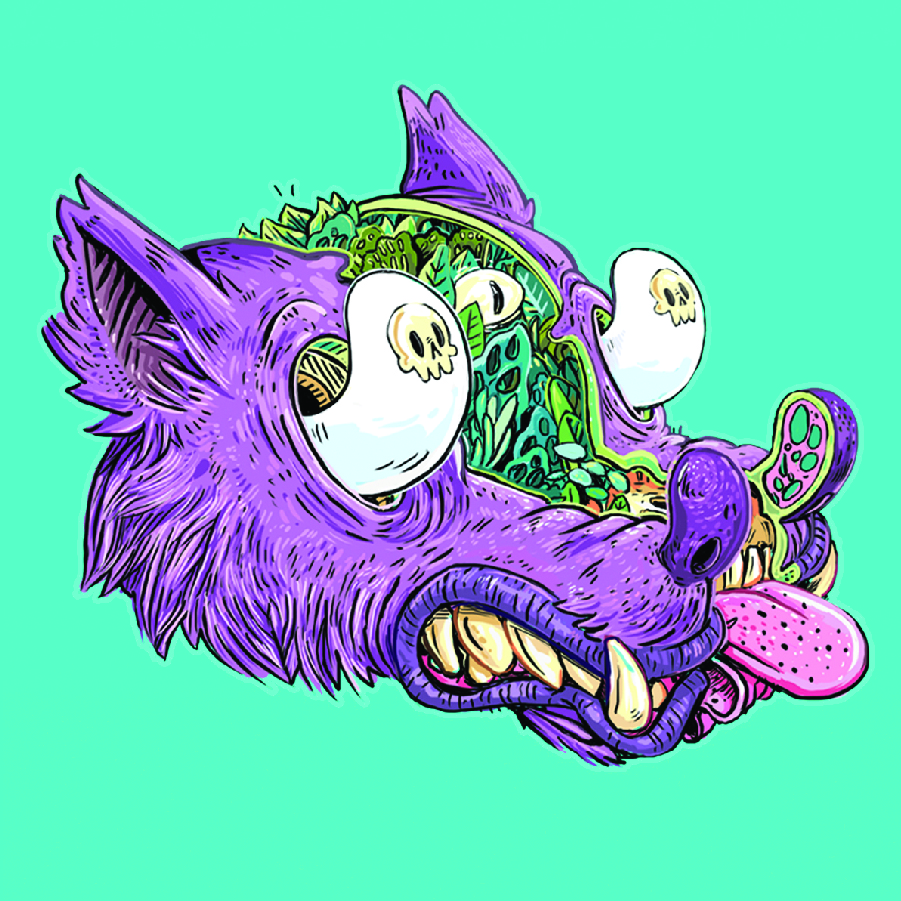 My art is mostly influenced by life experiences and the different meanings we give to them. A lot of dreams, Manga, lots of music — from black metal to blues to Puerto Rican folk music, “plena” like Cortijo y su Combo and Ismael Rivera — and underground comics like Robert Crumb. It’s a mix of hyper tropical influences from the Caribbean light and the imported culture that comes from outside the Island. 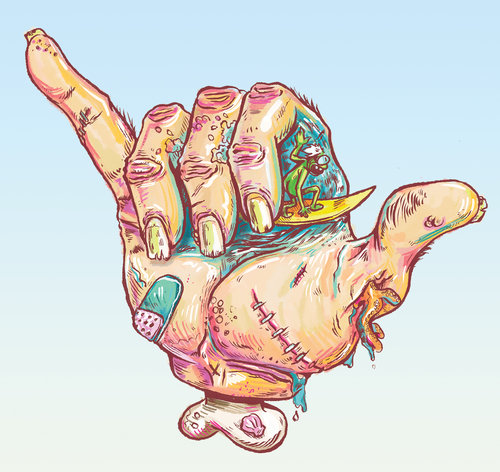 I draw every day on my sketchbook usually in the early mornings when my head is a mix of dreams and thoughts. Then it goes around my head working on the composition colors and such. Out of that, I start creating a meaning and a polished design either by hand or digital. Depends on the final function of the idea.

Molly Strong is an artist, writer and musician residing in New York. As a painter, she explores the relationships between line and...