Steve Angel is a director and co-founder of Head Gear Animation in Toronto and one of four artists featured on our special-edition Ottawa International Animation Festival cans. Way back in 1997, Steve joined forces with Julian Grey and ever since, Head Gear Animation has been making commercials and films for all kinds of clients and is known for its unique voice and diversity of sweet styles.

I made an animated piece for the CBS show “The Good Fight” that was pretty controversial. It was an indictment of US corporations compromising themselves for the purpose of accessing Chinese markets (it doesn’t sound funny but it was). In a stroke of dramatic irony, CBS wanted to cut it from the show. It was pretty awesome when the show runners threatened to walk off the production in defence of the piece. The press got a whiff of it and it became big news for a while and ended up being the closest I’ve been to an international incident! Not my normal day-to-day experience. 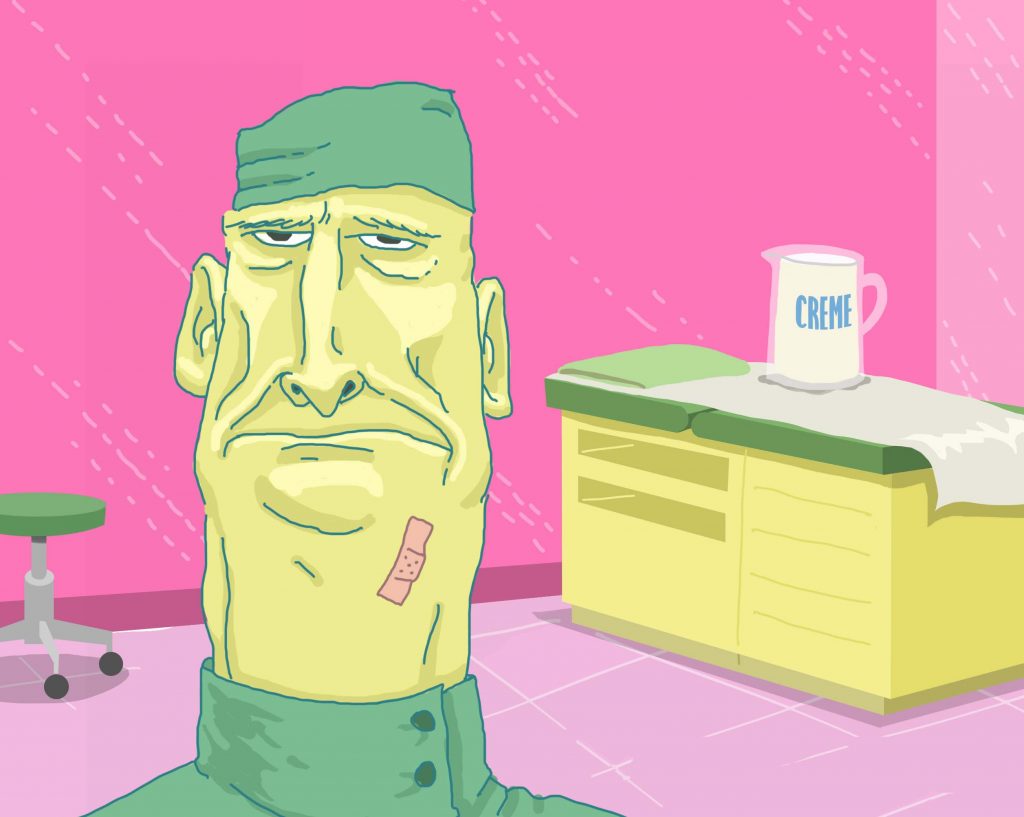 I recently delivered a couple of spots for Canadian Cancer Society and CIBC, shooting stop-motion with cancer survivors. That was interesting! Now, back to pitching.

How’d you get started as an artist/musician?

I always drew a lot when I was a kid. My parents enrolled me in an animation class when I was about 11 and I continued with it for about 5 years. Always just for fun. When I finished school, I realized that it was the only thing I was happy to work really hard at.

I’m inspired by the visual world around me, both intentional (other peoples art) and unintentional (wrapper stuck in fence). Lately, I’ve been getting into Instagram accounts featuring innovations in engineering. I don’t know if it influences me but I like looking at it.

At Head Gear, our process is tightly proscribed by industry standards. We get a creative brief then we pitch. If we get the job we start with storyboards and concept designs. This is followed by an animatic. Once that is all approved we start to build props and models if it is a stop-motion job or draw if it is a 2D job. Next we animate the spot. We begin post production (editing and compositing) as the animation is being created and we finish with a final colour treatment to the spot.